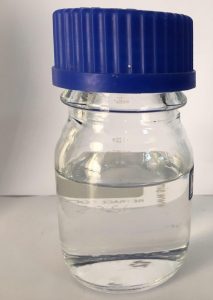 This part of the activity includes the following matters, which will be described as follows

The heat produced by these compounds can decompose them and produce iron oxide II or copper oxide II, water and SO3. The combination of water and 3SO provides a dilute solution of sulfuric acid. This method was recognized by translating the scientific texts and books of Iranian Muslim scholars by medieval European chemists such as Albert Magnus in Europe, and for this reason sulfuric acid was known as medieval chemists called sulfur ink.

It is used in chemical reactions and processes of production of other compounds. Therefore, it is aimed at supporting, using and supporting the main and specialized industries and producing essential and consumable materials of industries such as petrochemicals, oil refining, fertilizer and agricultural production, acid production Chloride, agricultural fertilizer, ammonium sulfate, mining of minerals such as copper and zinc, aluminum, chemical synthesis, wastewater treatment, petrochemical and petroleum refineries, and other large industrial units.

Sulfuric acid is used in lead (lead) batteries as an electrolyte solution. Sulfuric acid is a very strong absorption factor. In most reactions it is used as a hydration agent, and in the production of dry fruits, they use sulfuric acid to absorb water.

2-2. Introduction of Sulfuric Acid and Production Methods: One of the most consumable chemicals in the world of sulfuric acid is the criterion for industrial assessment of each country. Many important chemicals such as chloride, phosphoric acid, nitric acid Or many chemical fertilizers are produced using sulfuric acid. It is also used in many industries that produce organic materials, such as all types of oils, as well as to extract various minerals such as zinc, aluminum, magnesium, and so on. Sulfuric acid is also used.

The main process for producing sulfuric acid is by burning sulfur or by using a metallurgical method. There are two different methods for supplying SO2 gas to be used for production, so that sulfur units react with the dusts in the furnace and produce SO2 in the dry air that is passed through the drying tower. This amount of gas does not react with SO2, O2, N2 and a small amount of sulfur, and the temperature is also in the range of 800 to 850 ° C, which enters the boiler in its path and will lower the temperature to 435 ° C, and then enter The first substrate will be the converter and in the metallurgical units the gas will be exhausted from copper smelting converters containing some SO2 and a very small amount of SO3 with dust and a temperature of 400 degrees Celsius, which is used to desulfure and adjust the gas temperature as a feed into the production sector The acid was introduced into Gas Cleaning, Quench Tower, Venturi Scrubber and Scrubber cooling Tower and WESP, respectively, and after passing the above equipment, gas Ray is a mist and contains a combination of SO2, O2, N2 and H2O, which, after passing through the drying tower (for desiccation) and heat exchanger (to increase the temperature to 435 ° C), is ready to enter the first bed of the converter. About one-third of the weight of sulfuric acid with a concentration of 98% is sulfur and the remainder contains water and oxygen, and this has often led to the selection of units near the place of consumption in the locating of the units, Reduced shipping costs by over 30%.

2-3. Introducing the ISIC code for sulfuric acid: Sulfuric acid with ISIC code based on the international classification of industrial goods by number 24121651.

4.2 Physical and Chemical Properties Sulfuric Acid is known as the Industrial Soda Ink, a colorless, odorless, oily liquid with a density of 1.8 gr / cm3 and a sulfur source.